Without Youth Theatre, I Would Never Have Won The Booker Prize

In this article, author Bernardine Evaristo talks about the importance of the arts to her future career. In particular to winning the 2019 Booker prize for her novel Girl, Woman, Other. While we believe the arts and learning have value outside and beyond achievements, we love the idea of incubators of creativity. This concept connotes a safe place for individuality to flourish, with no other objective than that.

At the age of 12 I discovered Stage Centre, a former church in Plumstead, south-east London where a co-operative called Greenwich Young People’s Theatre put on drama workshops for children. I went with a friend who, horrified at being asked to prance around pretending to be an animal, spent the evening in the lavatory. I plunged in, loved it and the next week went back alone, continuing at least once a week until I was 16.

Stage Centre was on a long residential hill that snaked down to Woolwich Arsenal. The church building, its altar serving as a stage and its original stained-glass windows, wooden beams and high ceilings intact, consisted of a large vestry, two spacious workshop areas, an upstairs costume room and several anterooms used for various purposes. It was a 10-minute walk from home and, this being suburbia in the 1970s, I made the journey alone, often returning home in the dark without a care in the world. There was only one incident in all those years – a flasher who dropped his pants when I passed by on the other side of the road.

kids mixed without any snobbery or divisions

The youth theatre soon became the focus of my social life. I made friends quickly and looked forward to entering its creatively stimulating environment, where I took not only drama workshops but also dabbled in photography and design. It was affordable to attend, costing literally pennies. Middle-class kids from Blackheath and Greenwich mixed with the working-class kids from Plumstead and Woolwich, such as myself, without any snobbery or divisions. Outside the arty bubble of the building, it wasn’t like that at all, and I was self-conscious at being a black child in a majority white society and all that entails.

At the youth theatre, we learned to think independently and imaginatively while participating collaboratively in drama activities that developed our confidence and honed our performance skills. We put on plays, had major crushes on our workshop leader Rob Tiplady, and later on John Baraldi, who arrived as a blast of energy in 1974 with his exotic Canadian accent. He took us on a magical trip to Norway in the sweltering summer of 1976. For a girl from Woolwich whose only other trip abroad was a day boat trip to France at 13, it was incredibly exciting to be performing a play in castle ruins at sunset surrounded by Scandinavian fjords.

I learned that the arts world cherished difference

I came to love acting so much I couldn’t imagine doing anything else. Rather like the writer I eventually became, I relished inhabiting characters who were not myself, expanding my own character, personality and emotions beyond the limits of my teenage identity. I found the process fascinating, absorbing and deeply rewarding. I also liked the attention, possibly because I was a middle child in a family of eight children. I learned that the arts world cherished difference, unlike my predominantly white girls’ school where everyone wore the same haircut, which I could never achieve anyway. At school, my passion for acting continued, and my friend Hilary Smith and I became the leading light of the drama group, and once appeared in a professional production of a play with pop star Sandie Shaw who played a barefoot Saint Joan, but that’s another story.

After the Friday workshops, from age 13 onwards a group of us who were tall and looked older would head off to the pub and enjoy half a pint of lager and lime or a small bottle of Babycham, while sharing a single cigarette. Those were the days.

After school, I studied community theatre arts at college. I learned to stand for something larger than myself, to be the change I wanted to see in the world. I co-founded Theatre of Black Women with Patricia St Hilaire and Paulette Randall when we graduated in 1982, Britain’s first such company. There was little work for us out there. It was the logical thing to do.

it’s going strong as an amazing and, crucially, affordable resource offering all kinds of performance activities for young people

This year I am the inaugural Woolwich laureate, reconnecting to the home town I left when I was 18, and writing about it. I recently taught a series of writing workshops at my old youth theatre, now called Tramshed and based in the tram shed that opened as an arts venue when I was a teenager. It’s still going strong as an amazing and, crucially, affordable resource offering all kinds of performance activities for young people.

The converted church that was Stage Centre was long ago converted into flats. It was the incubator of my early creativity, a safe space to spend my childhood. I would never have won the Booker prize last week, alongside Margaret Atwood, if the youth theatre had not nurtured what would become a lifelong career in the arts. 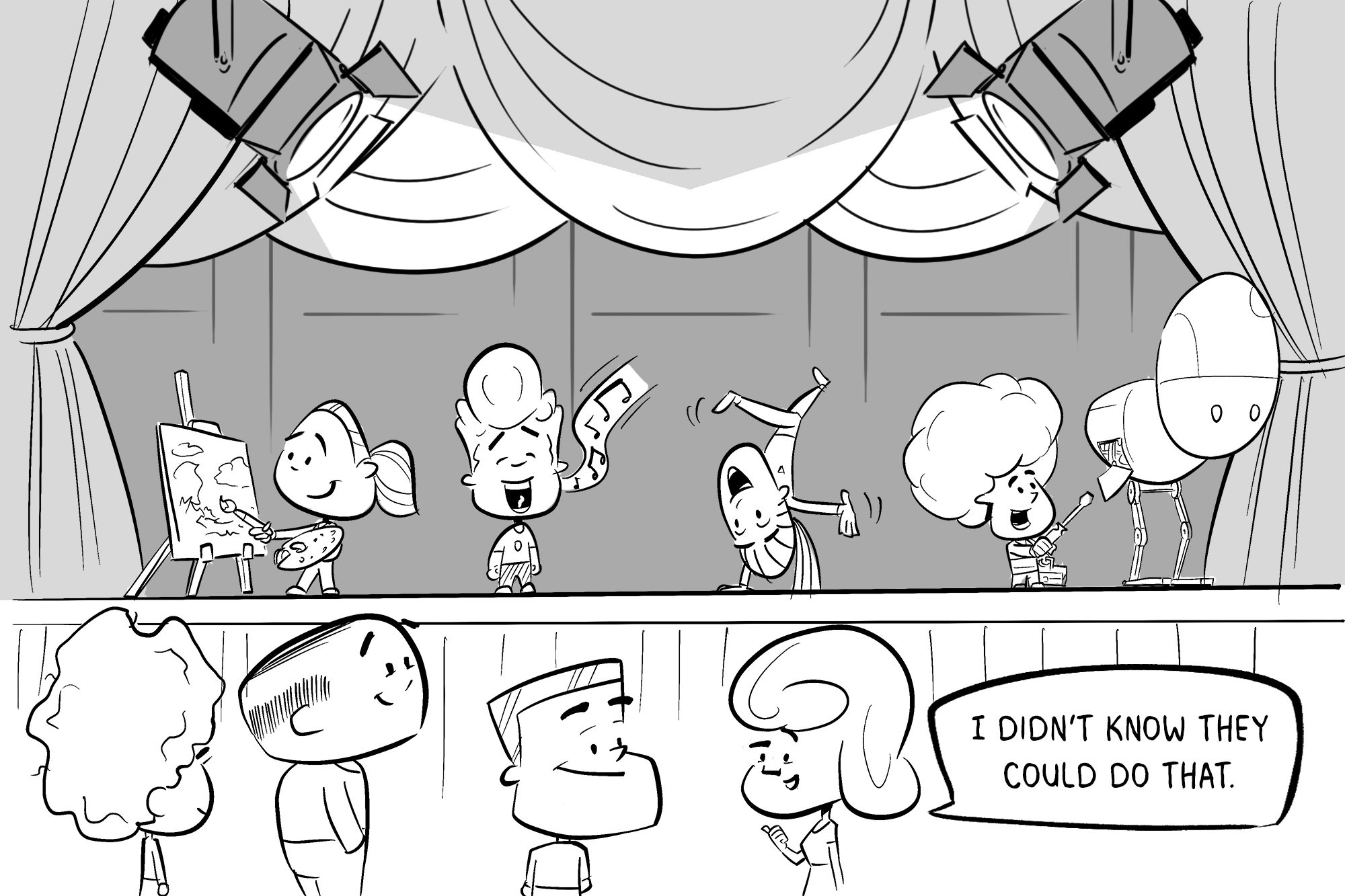 The role of creativity in schools