Five Things We Discovered At The Mega Maker Lab

At the beginning of August we opened our London-based Mega Maker Lab, a summer experience centred around invention, ideas and play for children and their families. The framework for the project was a collaboration between our Institute of Imagination team, our Imagination Architects and our partners, MATT+FIONA.

The Imagination Architects are made up of school children from across London. MATT+FIONA are educational architects, who encourage young people to get involved with the spaces in which they work and play by being part of the design process.

We brought you news of the project’s progress earlier in the year, at both the design and construction stages. These initial ideas formed the basis for the different areas of the Mega Maker Lab as it is today.

Now we’re back to see how its visitors have interacted with and been inspired by the spaces and zones at Mega Maker Lab. Here are the top five themes we saw in the children’s ideas at the Mega Maker Lab.

Machines, gardens and creative initiatives to protect the environment were popular.

The space includes a plastic recycling station – powered by a modified exercise bike which shreds bottle lids ready for reuse – and this encouraged a lot of waste management ideas. These included an air filtering machine and a rainwater-collecting sculpture. 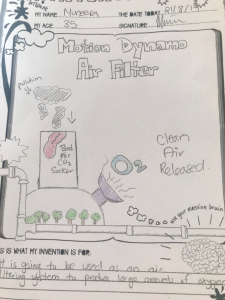 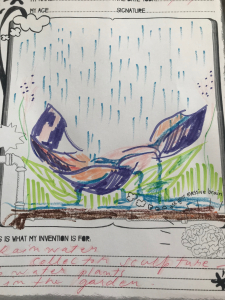 Elsewhere, visitors have built ideas for futuristic gardens using LEGO. One idea we loved was a sustainability-focused “space greenhouse” for growing food on planets other than earth.

Enjoying nature, wildlife and protecting animals characterised a lot of the designs. 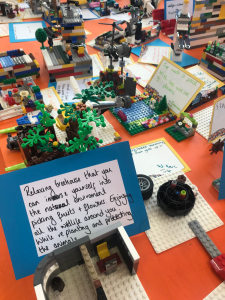 Visitors were inspired by the focus on new technologies and the freedom to create, with lots of ideas based on how we’ll live in the future. 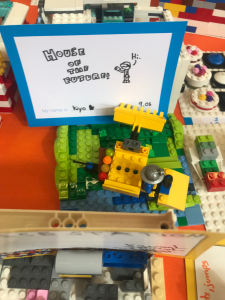 Some of our favourites include a rocket to “take us to the future world” and time machines. We saw houses of the future, which take on ideas for new technology for the home such as modified diggers and green spaces in the LEGO Build the Change area of Mega Maker Lab.

Much of this future thinking was tied to the environment and how we can preserve the natural world and create new communities.

Linked to the future focus were inventions for innovative modes of transport. We loved the electric skates and of course, lots more rockets. 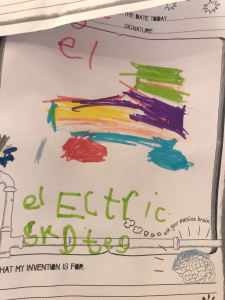 One favourite is a “double hot air balloon for flying like a fish”, combining the inspiration from the natural world with travel. 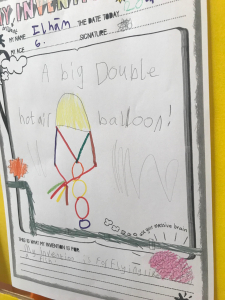 A drawing of a magic carpet which travels to different places displays visitors’ excitement for places and potential. Destinations include “super hero island”, a “surprise” destination and “monster land”. 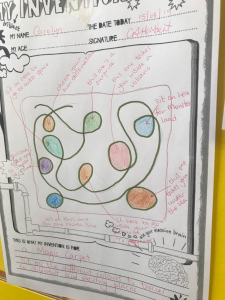 Another area where we saw a lot of transport ideas was in the additions to ‘Super City’, our 2018 Cultural Residency project. The updated ‘Super Sky City’ is navigated using flying contraptions, cable cars and elevated trains. 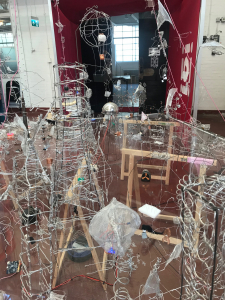 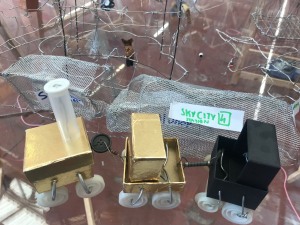 This social awareness continued with ideas based around helping others. Sometimes they tied in with the environmental theme, but were often about working collaboratively.

Alongside power stations that provide for the community were ideas like a pen to help children learn to write and models representing social issues such as the gender pay gap. 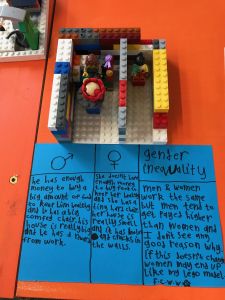 We saw many of these themes combined in designs based around robots. There were robots for cleaning, filtering pollution, “saving the environment” and of course, being companions. 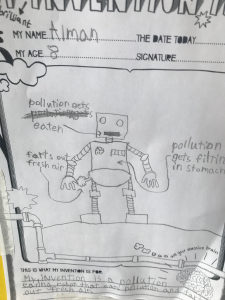 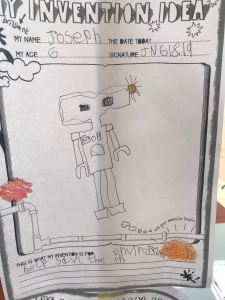 And that’s something really inspiring about all of these designs and creations: the number of concepts. The participants have incorporated so many ideas, based on the zones here and what’s around them every day.

What the Mega Maker Lab visitors have created is a testament to what we hoped to do with the project. The young people involved have taken what’s around them and then had their say in what they’d like to build.

Whether the future’s going to be a green, robot-friendly flying city in outer space or something entirely different – they’re creating it.

Visit the Mega Maker Lab until the end of August.

No reader is too young to start’: anti-racist books for all children and teens