Creating Space: How To Find A Place For Wellbeing

The discussion around mindfulness and its benefits is ever-present. However, giving ourselves the space to develop with a sole purpose, and understanding that as a goal in itself, is the difficult first step. In this original article for Imagination Matters, we explore how a project with a relatively simple premise can be a guide to finding the freedom to focus, and the benefits to wellbeing when we give ourselves that time.

October’s chilly hold usually inspires platitudes about golden foliage, cinnamon flavours and nights spent in front of a roaring long-running talent show. But since a chance ‘Insta-scroll’ in September 2017, Autumn’s descent has come to mean something different for me: putting pen to paper with a month-long immersion into Inktober.

For most of us, the answer is probably our school days, and maybe not even then. It’s one of those frustratingly fair points which has you grasping for a “yeah, but…” and coming up empty-handed. Trying, as a first step, is an almost undeniable answer to excuses about being time and talent poor.

I’ve always had an on-again, off-again relationship with drawing; one which features a lot of broken promises about enrolling on courses and “making something of it”. Suffice to say, I am by no means an artist. But it was this long-harboured interest which led me to peer vicariously at the posts of an ex-colleague and professional illustrator I follow on Instagram. Where usually one slumps past the lives of others and promises to do better next time, an excited post late last year was different. Inktober: one drawing, every day in October. It was like the permission I didn’t know I had been asking for.

Inktober was created in 2009 by US artist and illustrator, Jake Parker. Parker’s projects have included animation on movies such as Rio and Horton Hears a Who; as well as creating his own comic book, Robot and the Sparrow. He created Inktober to simply “improve [his] inking skills and develop positive drawing habits”. The ‘rules’, as far as they exist, are: create an ink drawing, post it, hashtag it, and repeat every day of October. There is a list of numbered, one word prompts, published at the beginning of the month, to be taken as literally or as loosely as you like. Other than that, when, what, where and how is up to you.

WHAT! 1 MILLION IN 4 DAYS?! 〰 1 Million Inktober posts this year so far, and in 4 days! Wow, we’re so impressed with the inktober community! We are comtinually inspired by ALL the great art in our feed and on the hashtags. You guys are killing it this year! I hope you all are having a good time, learning new skills, and challenging yourselves. Here’s to 27 more days of great drawings! 〰 #inktober #inktober2018

Anyone who has ever been tasked with creating something knows the infamous tyranny of the blank page. Nothing inspires wide-eyed fear quite like a boundless remit; Inktober is creatively open yet has enough boundaries to make it feasible. Parker’s brief is brief indeed, with only the aim of consistency at its core. This aspect is perhaps important above all others. It espouses the benefits of practise and commitment, but also the freedom of daily redemption. It doesn’t have to be perfect because you can try again with something different tomorrow.

My personal journey through Inktober started just like this. I was intrigued and welcomed outsourcing the decision-making. It gave me a no excuses, manageable way to practise drawing.

Unbeknownst to me, I was weathering an internal storm in Autumn 2017. At the time, Inktober was just something I was doing, some recreation among everything else I was finding it increasingly harder to juggle. This drawing challenge wasn’t something that helped or hindered me particularly. Or so I thought. It was only later that I realised what it had meant – when friends told me that showing them my drawings was the most I’d spoken in two days. Or how those periods of quiet focus and creative experimentation were calming the increasing noise inside me.

While this is by no means everyone’s experience, it’s just one of the ways in which an exercise like this taps into something bigger. In a world where multi-tasking has been championed to the point of exhaustion, setting aside the time to do one task, for its own sake, rewards us with more than just new skills. Along with fostering a sense of purpose, mindful artistic activity has been shown to reduce stress. The adult colouring book phenomenon is proof of this resonance; it was an industry worth £20.3 million per year at its height in 2015.

Inktober’s other masterstroke harnesses the positive power and reach of social media, as opposed to the potentially harmful aspects of which we’re so often reminded in the press. One of the project’s fundamental aspects is to share experiences and creativity with others. This is not done in subscription to trends, influence or keeping up appearances; but on a level playing field where all are welcome. The overall effect is that a community springs up through a ready-made support network.

This is not done in subscription to trends, influence or keeping up appearances, but on a level playing field where all are welcome

So while you were doodling through Parker’s simple steps, things have started happening. The project’s intentions are like ripples. People come together, challenge each other and talk about it. Tools and tips abound for newcomers and old-timers alike. The blossoming of themed editions of the prompts, the inclusion of digital design, and various meta-challenges are all testament to how this simple premise has captured the collective imagination. In Inktober’s nearly ten year existence, the hashtag has garnered over eight million mentions on Instagram. The 2018 annual edition’s tally clocked up one million posts only five days into the challenge.

So for once I am happy to set out my store as a self-doubting, non-practicing amateur – proud, in fact. Because the truth is, Inktober isn’t really about drawing. It isn’t about impressing a secret club of professionals and discussing what’s new in brush pens; “just post it on your refrigerator”, as Parker says. It’s about what happens when you try something new; when you give yourself space to imagine outside the pressures of work, school and daily life – whatever that represents for you. Ink well. 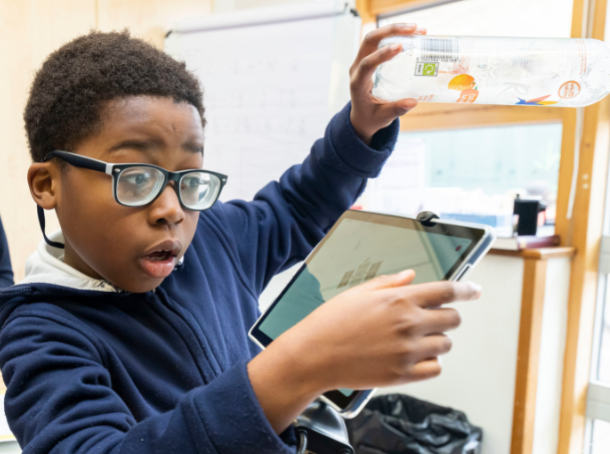